Thank you for visiting our website.
This site is exclusively reserved for health professionals.

I am a health professional

The aim of immediate loading is to provide the patient with rapid restoration of function, both masticatory and aesthetic within 72 hours of placement

Above all, this technique requires good primary stability of implants and an implant support which is fixed, rigid and passive using a temporary prosthesis that acts as an external fixative.

For aesthetic cases, the temporary prosthesis may also have a role in guiding soft tissue. Immediate loading is a protocol which enables the duration of treatment to be reduced and enables the patient to avoid temporary prosthetic solutions which are uncomfortable due to their mobility, without compromising the rate of implant survival.

The UNIVERSAL® implant profile has a progressive double thread designed to ensure rapid progression of the implant into the bone and good primary stability.

The self-tapping double thread enables uniform progression of the implant in any type of bone during insertion.

The ULTIMATE® surgery kit has homothetic drills with the implant profile to ensure uniform distribution of primary stability over all threads sited in the bone.

Any questions? The Global D team will answer you! 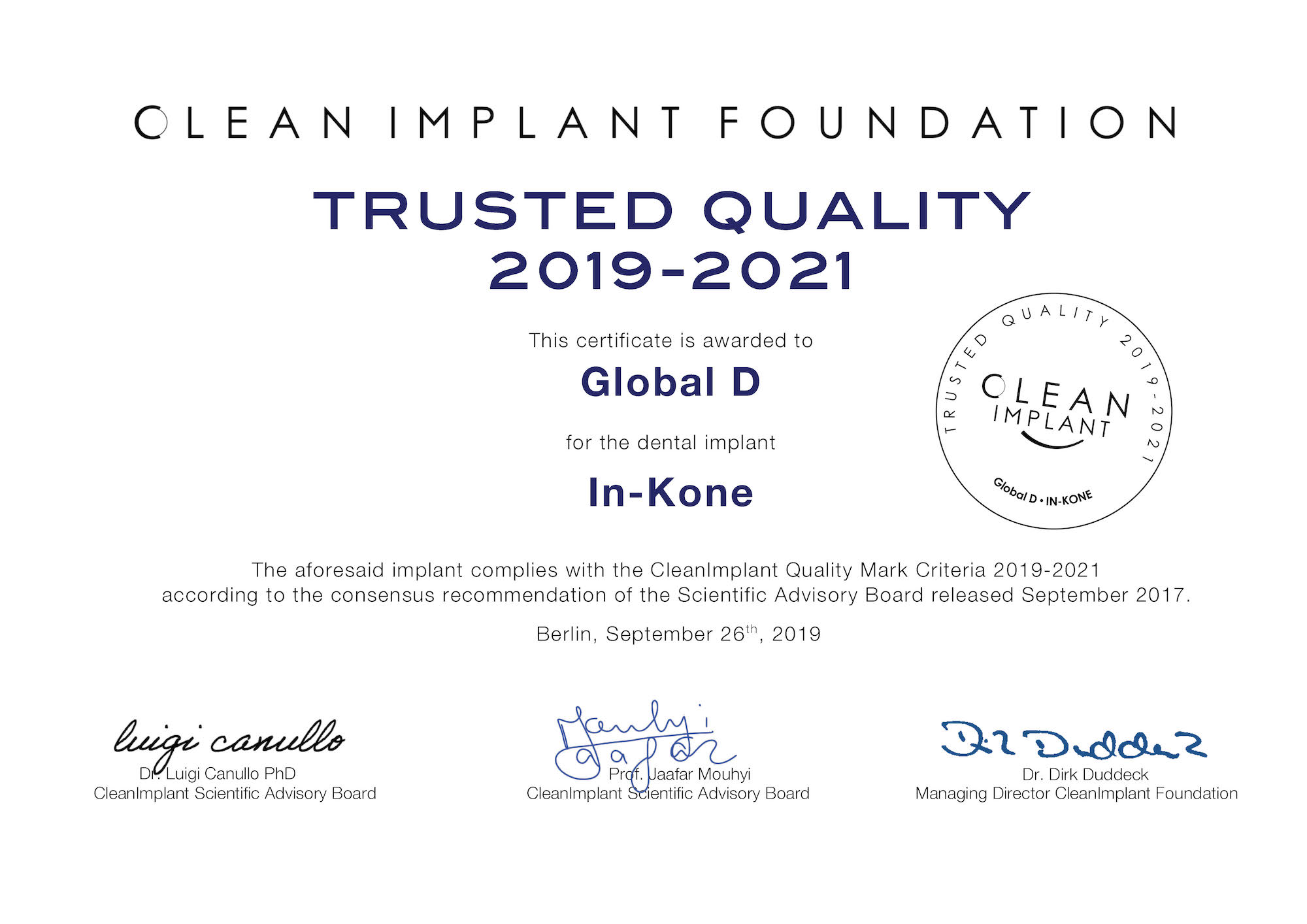 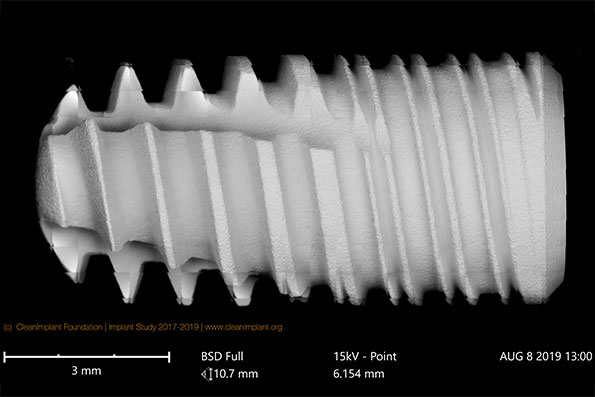 After 3 weeks, bone healing in dogs showed contact osteogenesis, with points of the implant threads in the cortical bone of the bone ridge of the implant site and new cancellous bone in the thread spaces. The thread was not completely filled but the presence of many osteoblasts and osteoid tissue indicated that bone formation was underway.

After 12 weeks, the thread spaces were filled with newly formed bone. The remodelling was started: The primary bone was replaced by secondary osteons which was evidence of an advanced change process.

The ULTIMATE® surgical protocol drill has a double cutting face which provides stability when drilling. The double threads ensure excavation of a significant amount of bone slurry. The homothetic shape of the drills, similar to the profile of the In-Kone® and twinKon® implants, enables initial stable bone-implant connection and a primary anchorage which is uniformly distributed over all threads held in the bone.

Conical abutments are indicated for screw retained prostheses. They are available in straight 0° and angled versions at 17° and 30°. The tulip-shaped profile enables formation of a thick mucosal seal.

Global D in partnership with the WorkNC Dental company enables eligible laboratories to attach implant bars and bridges to conical abutments and MULTI/MUAs using a manufacturing process: “Global D Compliance’”. The main benefit for the laboratory is the ability to machine multiple prostheses on abutments based on geometries developed by Global D in terms of shape and tolerances, ensuring that the production is reproducible.

The conical abutments of the twinKon® implant are only available in the straight 0° version. The concave profile enables initial formation of a mucosal seal from the day of implant placement. This concave portion is topped by an external friction cone of 5° which enables achievement of good prosthetic stability and uniform distribution of occlusal forces on the structure.

Guided surgery can be a less invasive technique when flap surgery is not required. It has been shown that guided surgery reduces post-operative pain compared to this(1). 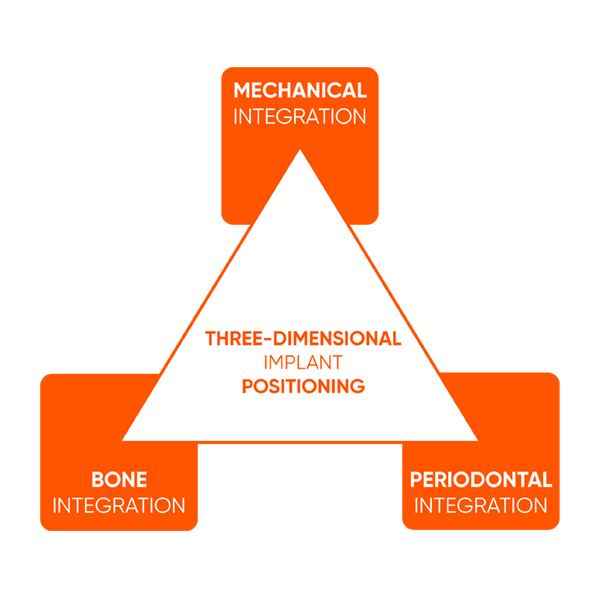 Immediate loading of a complete arch with Dr. Bertrand GRIFFE

Immediate loading of a complete arch with Dr. François POIROUX